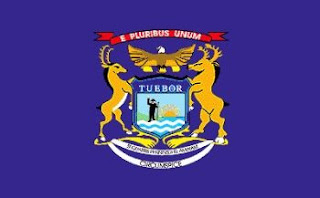 Michigan tends to produce a good number of US professional hockey players and this may be partly due to the city of Houghton.  Professional hockey started in the United States in Houghton, when the Portage Lakers were formed.

Michigan is the American leader in producing automobiles.  Native son Henry Ford along with automotive pioneers, including Ransom E. Olds, the Dodge Brothers, John and Horace, Henry Leland, David Buick, Henry Joy, and Charles King all contributed to the birth of the auto industry in Detroit and its environs.  In Battle Creek, Dr. John Harvey Kellogg inventor of the corn flake, promoted healthy living at his sanitarium there.  In the city of Manistee may be found the largest salt plant in North America, owned by the Morton Salt company.  The state also has two of the top four pizza chains that were founded in Michigan - Domino's and Little Caesars.

Though not the state he was born, Michigan is the home (and final resting place) of the 38th President of the United States, Gerald Ford.  The "accidental president," Ford served from the resignation of Richard Nixon in 1974 to his loss to Jimmy Carter in 1976, becoming the only President to never have been elected.  The Gerald R. Ford Museum is located in Grand Rapids and the Ford Presidential Library is in Ann Arbor.

The current Governor of Michigan is Rick Snyder, a Republican. The Senators for Michigan are both Democrats, Carl Levin and Debbie Stabenow. Michigan's Congressional delegation has 15 members, with Republicans holding an edge over Democrats, 9-6.
Facts
Links
Prominent Michiganders - (here's a few lists to peruse, one and two - it would appear that Michigan offered as much to the field of aviation as it did to the automotive industry)

Posted by Brave Astronaut at 9:24 PM

C - that opens up a whole new idea of what to do with this series.