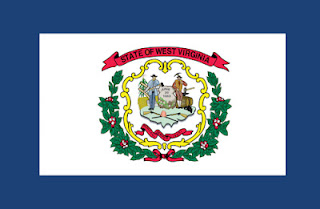 Some fun facts about the Mountain State:
The current Governor of West Virginia is Democrat Earl Ray Tomblin.  Both Senators for West Virginia are Democrats, the senior Senator is Jay Rockefeller (John D. Rockefeller IV) and the junior Senator is former Governor of the state, Joe Manchin III. There are only three members in the WV Congressional delegation, two Republicans and one Democrat.
Facts
Links
Prominent West Virginians - (here's a few lists to peruse, one and two)