In Case Anyone is Wondering

Today is June 1. Father's Day is two weeks away. I am finishing up a weekend as the sole parent, looking after my two sons. Mrs. BA was away this weekend at her 20 year college reunion. I'm not complaining, I'm just saying. But I've missed her and that's all that matters.

Tonight is also the annual Ford's Theatre Gala, which will be held at the National Theater as Ford's is still going under renovations. It is sure to be a great evening and it is the last one for our current president, so I am already looking forward to the next one . . .

Anyway, as Father's Day is just around the corner, I thought I would throw out a few ideas in case anyone was looking for a gift for me. LBA and Son of BA are you reading this?
Oh, we also have tickets to the Nationals game on the 8th, so that should be fun, but I won those, so its not so much a gift as it is something that Mrs. BA and LBA are going to do, while my MIL stays home with Son of BA. But I wouldn't look down on a gift of more tickets, either. And I really want one of these or any of the variations . . . 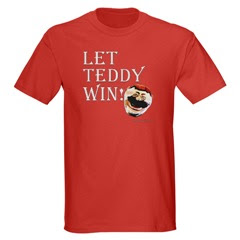 Email ThisBlogThis!Share to TwitterShare to FacebookShare to Pinterest
Labels: About Me, Books, Fatherhood, Golf, Holidays, Theater