My grandmother used to make the best roasted potatoes. She used to make them in a big stockpot - shaking them as they roasted. My mother tried to replicate them countless times - even watching my grandmother cook them - but couldn't pull it off - the potatoes would fall apart. There's a family rumor that it was chicken fat that made them better (and staying hole).

I have made roasted potatoes in the oven to some success - and would make these in a heartbeat. Via BuzzFeed.

Posted by Brave Astronaut at 8:56 PM No comments:

One Pot Taco Mac and Cheese

Tacos are a big hit, especially with LBA.  And Mac and Cheese is one of SoBA's favorites.  So this dish is sure to be a winner, right?  I did make it a few weeks ago and it went over . . . OK.  It might make it into the rotation but only in a pinch.  For SoBA it was too close to my mother's beefaroni.  Recipe from BuzzFeed.

One Pan Taco Macaroni and Cheese

Posted by Brave Astronaut at 10:55 PM No comments:

No Selfies Here, yet

Today is the anniversary of the Apollo 11 Moon Landing.  Earlier this year, NASA launched (see what I did there?) a new database of images.  From the press release, "The NASA Image and Video Library website consolidates imagery spread across more than 60 collections into one searchable location."

You can access the images here.  Here is an image I downloaded from the database, showing Neil Armstrong coming down the ladder of the LEM. 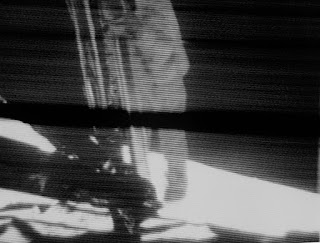 And another of the Earth taken from the spacecraft. 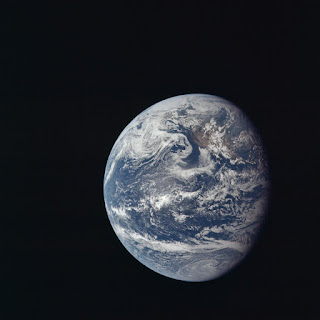 In this year, the centennial of the birth of John F. Kennedy, the Brave Astronaut shares with you, the 1962 speech in which the President laid out the plans to go to the moon.

Posted by Brave Astronaut at 10:37 PM No comments:

Appetizers? Get 'em on the Dinner Menu!

These items are billed as appetizers for your next party.  But I could easily see any of these making it into the Brave Astronaut Dinner Rotation.  From BuzzFeed (there are six at the link - here is my favorite).

Posted by Brave Astronaut at 11:39 PM No comments:

James K. Polk - The Napoleon of the Stump

James K. Polk, the 11th President died shortly after leaving office, having served only one term in office.  But in those four years, he accomplished a great deal for the country.  A great deal more than any other one-term presidents that we have ever had, or um, currently have.

In the afterlife, James K. Polk has had several in[term]ents.  When he died of cholera at his home in Tennessee, he was buried outside of Nashville.  His remains were moved a year later to his former home.  Then in 1893, after the family home was sold and demolished, Polk (and his wife, Sarah) were disinterred and moved to the grounds of the Tennessee state Capitol.

Now, more than 100 years later, there is a movement to move the Polks again, this time to the Polk childhood home in Columbia Tennessee.  You can read more here.  This post is really just an opportunity to have this song appear on this blog.

Posted by Brave Astronaut at 10:35 PM No comments:

Growing up, I spent a fair number of summers at my grandmother's home in Maine, with my family.  There were tales of big lobster bakes on the beach, which I didn't experience, but always had lobster at least once during our stay there.

Tomorrow would have been my father's 88th birthday and the Brave Astronaut Clan is in New York to settle some lingering affairs of my father's estate.  There is sure to be card playing, shouting, drinking, and good food.  Maybe we should have lobster.  If not, maybe a Shrimp Boil. From Damn Delicious Via BuzzFeed.

Ingredients
Directions
This delicious recipe brought to you by Damn Delicious http://damndelicious.net/2017/02/13/sheet-pan-shrimp-boil/
Posted by Brave Astronaut at 11:58 PM No comments: