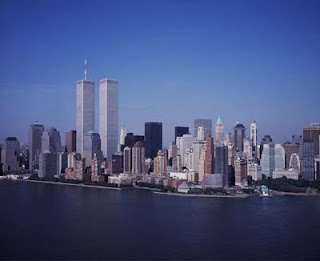 It was such a nice day. Eight years later now and we need to stop, reflect for a moment and remember. Always remember. Previous posts about this dark day in our history here and here.

To help remember this dark day, I joined Project 2,996, where bloggers around the world offer to post memories of those lost on September 11. I was asked to remember William Chalcoff. I ask that you do so as well. 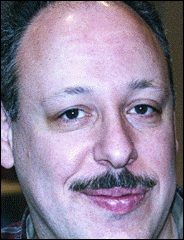 Mr. Chalcoff, 41[the same age I am now] was a computer systems developer at Marsh & McLennan. He and his wife immigrated to the United States from Argentina. They both became naturalized citizens in 2001. "He was so proud to be an American," Mrs. Chalcoff said. He was also proud that his accent was disappearing and that people no longer asked where he was from.

On the morning of Sept. 11, Chalcoff and his wife were were talking on the phone when she heard a very loud noise, and the call was disconnected.


Update: The Big Picture (from the Boston Globe) has a series of photos out today remembering September 11.
Posted by Brave Astronaut at 7:32 AM

Thank you for taking the time to William Chalcoff. Never forget.

Thank you for remebering and those pictures for the Boston Globe really touched me.

Cathy - thank you for the opportunity to be a part of this project.

Paw - The pictures really moved me as well. It's a day I will never forget, nor should we.